Ideas & Inspiration to Help You Run Your Business 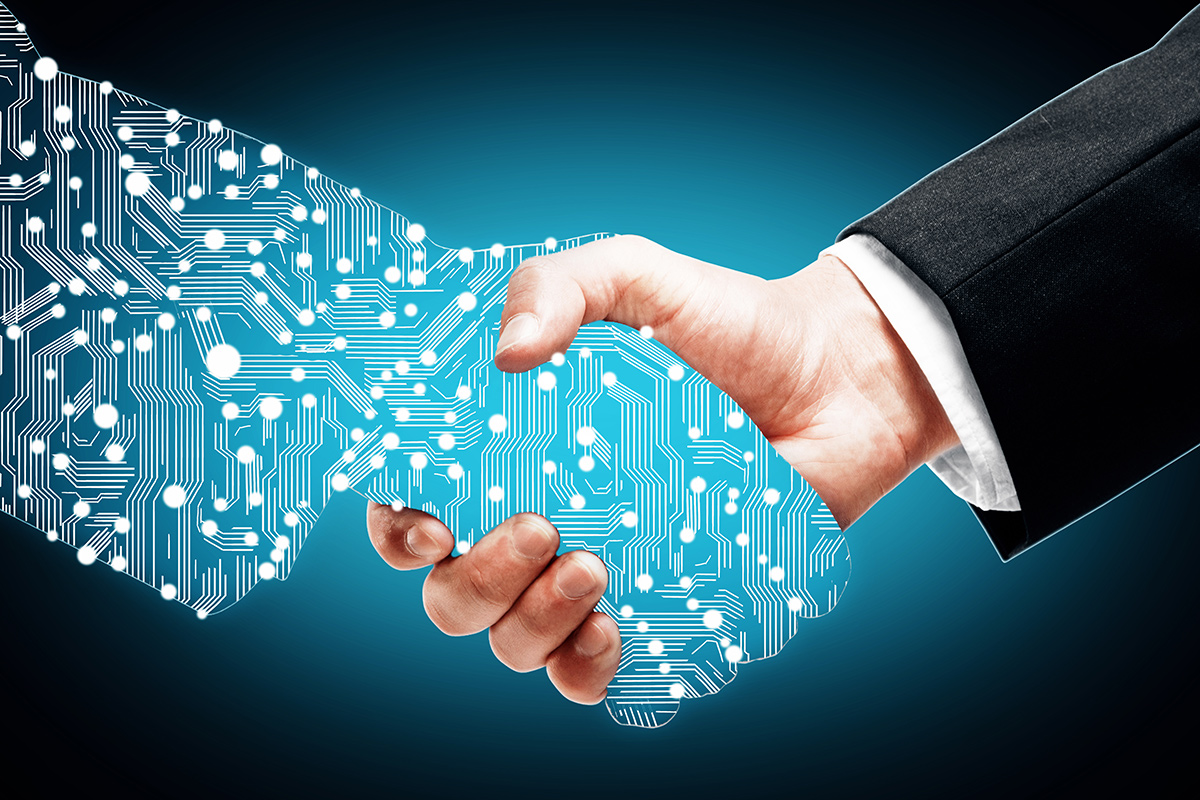 Over half of all businesses say their IT staff or IT service provider doesn’t understand their core business needs and goals.

55% of businesses say alignment between their business and IT service provider is “moderate” or even worse.

Clearly, there needs to be a shift in the IT mindset from one of simply managing IT equipment, infrastructure, and operations to one in which the IT service provider understands the actual goals and requirements of the business. The lack of alignment between business leadership and the IT service provider is a real problem in many companies affecting results and the bottom line. 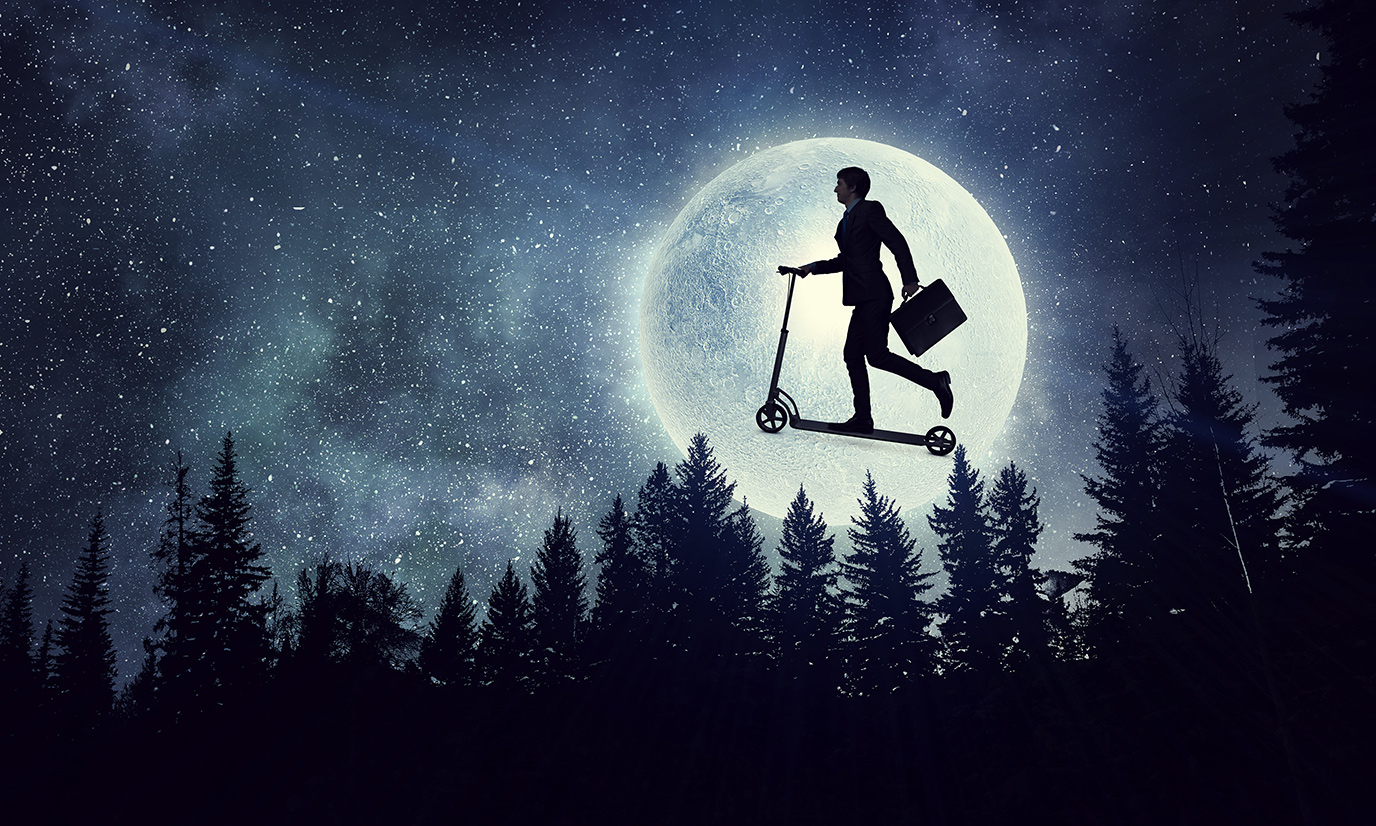 4 Signs Your IT Strategy is Misaligned The number one sign that your IT strategy is misaligned is when business and IT blame each other for their collective failures.

When both sides feel like the other is the enemy and making their jobs harder is when credibility is lost for the mission, and the blame game thrives.

The simple prescription for strengthening credibility: DWYSYWD --- do what you say you will do.

DWYSYWD has two essential parts: the first is "say," and the second is "do."

Credibility is mostly about consistency between words and deeds. People listen to the word and look at the deeds. Then they measure the congruence. A judgment of "credible" is handed down when the two are constant.

Doing what we say is the critical difference between having clarity and sustaining the vision or resorting to self-preservation and blaming others.

IT’s job is to manage IT operations and infrastructure with the vision of the company in mind.

Leadership's job is to maximize profits and productivity.

To build a viable and robust organization, people must be united in a common cause --- united on where they are going, on why they are headed in that direction, and on which plan will guide their journey. Unity exists when people widely share, support, and endorse the intent of the commonly understood set of aims and aspirations --- not by placing blame.

When each side is accountable and clear about their role --- magic happens.

When the feeling that the IT service provider is acting as an arbitrary gatekeeper rather than in a supporting and advisory role, many will find ways to work around IT, resulting in a so-called shadow IT infrastructure.

Shadow IT & Resistance to Innovation

Common reasons users cite for turning to shadow IT is a general resistance to innovation due to a simple misalignment of priorities.

An excellent example of a misalignment of priorities is when IT departments make cybersecurity the central tenant of their role rather than the business’s own core goals. An IT department with this mindset might view all users as potential cybersecurity risks and limit their access to devices when they are away from the office.

Unfortunately, this will also greatly hinder and limit productivity for employees who are, for example, working remotely, working from a client site, or just want to work on the plane.

While cybersecurity is indeed essential and important, limiting remote access to devices misses the bigger picture. Instead, a modern IT operation must shift their mindsets from one of an operational manager and gatekeeper to one of an advisor, supporter, and solutions innovator.

Rather than acting as arbitrary gatekeepers, IT should work together with other leaders and employees to design a system and process for employees to use company devices safely away from the office. Business leaders, for their part, should invite IT into their decision making processes to help with their remote work and device access policies. In doing so, the company’s ultimate priorities are maintained, and there are unity and clarity in the direction of the organization.

Greater collaboration between the business and the IT service provider will facilitate far better results in the end.

Aligning mindsets isn’t as hard as it appears. While a company that is finding itself fighting with its own IT service provider can find progress to be frustratingly slow and daunting, there are several ways to recover the right mindset that gets the team realigned to the goal.

First and foremost, invite the IT service provider into the conversation. It is important to include all relevant leaders in the conversation. Because business and IT are so intertwined, alignment is crucial for the company’s success.

Rather than simply viewing IT as a supporting structure for business operations, consider IT as advisors with essential insights on how to improve business metrics and further the company's financial goals. A culture of collaboration and open dialogue will go a long way towards enhancing alignment and minimize internal conflicts.

Examine and test every IT-related decision through the lens of your business’s goals and core values. If something doesn’t support those ends, it’s not alignment and should be changed or jettisoned entirely.

5 Trends Changing The Role of IT

The pace of technological change continues to happen at a breakneck speed. That’s what makes a strong, clear, and carefully aligned IT strategy so crucial to the success of a business. With this in mind, let’s explore some IT trends that will force companies to adapt and align their IT or be on the path of extinction.

Remote work is a natural extension of the pace of technological change.

In many companies, most employees, to some extent, already participate in a remote working model. If you have checked your work emails on your smartphone, taken a call at home, or are using your laptop in a public space for work purposes, you are working remotely. You are a participant in the new digital work economy in which work can take place anywhere and at any time.

With this in mind, it only makes sense to move at least part of your workforce towards an increasingly agile direction. This is already the case in many large companies where working from home is encouraged and supported. Not only does remote working give workers the flexibility they desire, but it also reduces the cost and clutter of a traditional office.

Most work already happens exclusively on company-provided personal devices and in the digital cloud. We don’t necessarily need desks, cabinets, and cubicles. Instead, what we need is better IT infrastructure, more secure internet access, and seamless cloud integration. As the trend continues, companies' IT efforts will increasingly move away from office-bound infrastructure and towards the development of new remote workflows that will support worker productivity in a future without physical office spaces.

2. The need for speed

In today’s hypercompetitive digitized economy, speed is everything. Whether it be the speed at which a website loads, the speed in which files can be accessed and shared, or the speed at which an application can increase productivity, speed is essential. Individual sales, as well as entire sectors and markets, can be won and lost in a matter of microseconds.

The company with the best IT team will win in the digital economy. This is not an overstatement.

As a society, we are becoming more dependent on technology to perform essential work functions. Therefore IT support and infrastructure will continue to take on an increasingly important and intertwined role.

As a result, the business with an IT team and strategy that operates most effectively and efficiently will always have an advantage. However, peak operational excellence and efficiency cannot occur without alignment between IT and business at all times.

Many of the world’s top companies and Fortune 500 businesses take this very seriously. They employ the best IT talent, include IT leadership in business decisions, and give their IT departments the resources they need to execute on business prerogatives. Alignment is such a crucial component that these companies will also look to third-party managed IT service providers to get the talent, leadership, and support they need.

Operational excellence is nothing more than a business philosophy that embraces problem-solving as the key to continuous improvement. There is, after all, always room for improvement. Achieving operational excellence in IT is continuously evolving because technology is ever-changing. Rather than reacting to technology needs as problems as issues arise, the role of IT is rapidly shifting, anticipating proactive improvements ahead of time, always with the business goal in sight.

In the old industrial era, captains of industry invested in machines of industry, such as large factories, to create products for a mass audience.

For example, in the past, the process of onboarding a new hire and integrating them into a company's workforce required a not-insignificant amount of resources. Potential candidates and new hires not only had to go through several rounds of interviews and be processed through human resources, they then had to be trained and educated with the company culture.

In the meantime, this new hire would not be generating much value for their employer. With new digital platforms and ecosystems, this entire process can be streamlined, reducing costs, and improving productivity. This is, after all, the great promise of the digital era. New digital platforms will allow businesses to foster innovation, build more complementary products and services, access new markets, lower operational costs, and generate more value. That’s a lot of promises. But, those promises can only be fulfilled if the right IT team and strategy are in place to not only manage these new platforms and ecosystems but design and implement them as well.

The pace of technological change is also driving ever fiercer competition. Today, companies compete with each other at a thousand different touchpoints. A fast-loading website will win exponentially more sales than one that takes just a few seconds longer. Likewise, a company with slightly better IT-business alignment and better operational excellence and efficiency will almost always out-compete a less aligned company.

Furthermore, as product life cycles become shorter, and R&D costs continue to rise, internal innovation alone is no longer enough to support companies’ growth expectations. You can no longer innovate your way above the rest - at least not for long. The pace of the competition is just too fast. Instead, to maintain top-line growth and remain competitive, companies are increasingly turning to open innovation and collaboration out of necessity.

Powerful digital platforms and essential ecosystems, including basic design, development, and collaboration tools, are more affordable and accessible than ever before, allowing small outfits, such as startups, to compete with established multinational corporations. The role of IT, then, becomes more about facilitating the adaptation of open innovation tools, platforms, and entire ecosystems.

Many small fortunes have been made off the back of the open-source tools, such as Android and many others like it. IT strategies of the fast-coming fully digital era will have to identify these open innovation opportunities and discover a way to leverage them to further the goals of a business.

Part of creating a comprehensive IT budget is understanding how future IT trends will affect your business.

No successful company’s IT budget remains the same from year to year. Some years will be CapEx heavy, while others may require soft investments in other mission-critical IT infrastructure. Likewise, IT trends play a huge role in reflecting a company’s ever-changing IT budget year to year.

For example, as more and more goods, services, businesses, and consumers migrate to the cloud, demand for cloud-based IT infrastructure will increase. By 2020, 88 percent of businesses will have made the transition to the cloud.

Meanwhile, corresponding investments in on-site hardware, software, servers, and other pieces of IT equipment are expected to stay flat or slowly shrink over time.

From a budgetary perspective, it would make sense for an IT leader to earmark more money for cloud infrastructure while simultaneously reallocating some money away from formerly localized infrastructures.

The Digital Era is Here

The much-heralded digital era is here.

Is your Managed It Service provider ready and aligned to help you win in this new digital economy?

GET AN IT MANAGED SERVICES ESTIMATE