Why You Don’t Want To Own Software Anymore

Ideas & Inspiration to Help You Run Your Business 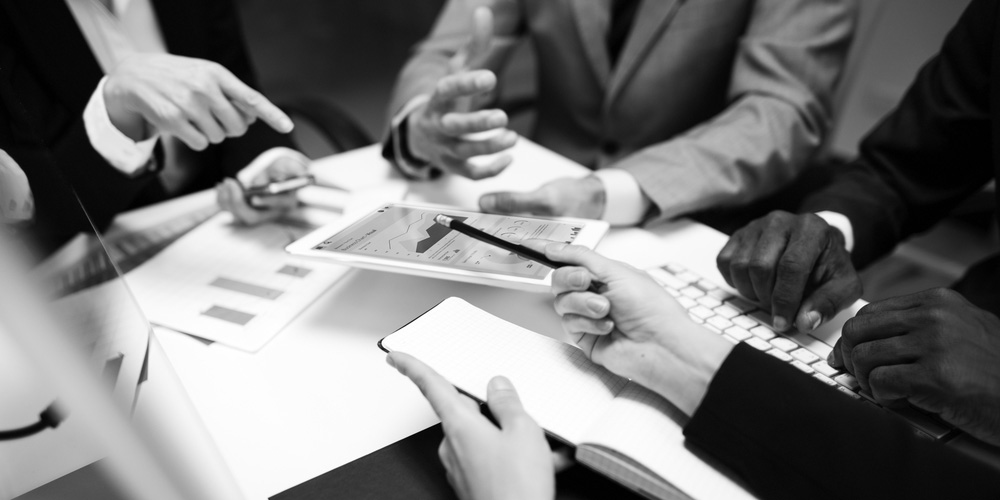 Long gone are the days of inserting CDs or floppy disks into a computer drive to download software.

Sure, I'm sure there are a few people out there that still do it --- but I don't know them.

In 1990, Adobe launched the first version of its famous photo editing program called Photoshop. In those days, you would purchase a large box containing an extensive manual with floppy disks. Every new version would require you to upgrade, and eventually, you would have six to seven disks to install to get the program on your computer.

Eventually, Adobe upgraded to CDs, and later you could download the software directly. But no matter how you installed the app, you would pay for a "perpetual license" to use the software, which meant the software was all yours to keep and use forever. However, that all changed in 2013 when Adobe made a major announcement about its software. You would no longer be able to own any of its "Creative Suite" apps, including Photoshop. Instead, you could download Photoshop for free, but you'd have to subscribe to their service for a monthly fee to keep using the programs.

This new model of "renting" Photoshop is called software-as-a-service, or commonly referred to in computer lingo as SaaS (pronounced sass). It's similar to leasing a car rather than buying it.

Here's how it works.

Once you've downloaded Photoshop, you pay for the service and then receive a license key. You enter that license key into the app, which then connects to Adobe's servers that validate that license code. This occurs every month. If you fail to pay, Photoshop refuses to work.

Moving to a subscription model --- or a software-as-a-service, or in tech lingo, a SaaS model proved to be a brilliant business move for Adobe.

Not only did they build a massive cash cow of revenue stream, but they were also able to make improvements and bug fixes whenever they wanted to and not have to wait months for a major update. It also saved the company large printing, labor, and distribution expenses as well as third-party arrangements for help marketing their software. Also, they avoided piracy and security issues faster and were able to introduce cutting edge technologies such as cloud storage to its subscribers with little effort.

From a business standpoint, it was a brilliant move, but not without controversy.

At the time, some customers didn't see the value proposition. They felt Adobe was making them pay forever for something they no longer would own, and consumer advocates called it "predatory."

Adobe's revenue skyrocketed 70% within the first year of selling a subscription model!

Customers loved the continuous updates at no extra cost.

Also, new adopters of Photoshop liked the idea of paying a small monthly fee for the service rather than $800 upfront for a boxed version of the software.

Moreover, as one analyst put it, moving to a subscription service helped Adobe "save Photoshop" from becoming irrelevant.

I've mentioned Photoshop, as the example of a SaaS model here, but there are other examples such as Microsoft, Dropbox, Salesforce, DocuSign, Slack, GSuite, and many more.

It's important to realize that this business model is widespread in driving digital and cloud strategy for companies worldwide. At Wright Business Technologies, we help local Houston businesses reimagine their business by providing the following expert services:

Despite the widespread threat of disruption in any industry, many large Houston companies have succeeded in implementing cloud-based software and services in truly transformative ways.

Benefits of a SaaS Business Model for Your Business

I'll leave you with a quick shortlist of the benefits of a SaaS business model for your business:

Typically much cheaper when considering equipment and hardware, talent, staffing, infrastructure, and costs of running an internal system.

Easily scalable up or down, depending on your business needs.

#3: Reduced need for in-house IT Team

Substantially reduced need for costs associated with having an in-house IT team.

#4: Get the best-in-class software

Ability to choose the best-in-class software, as many SaaS platforms are highly specialized pieces of software that do a particular function or task quite well.

Less obsolescence due to subscription-based services that allow you to change quickly when necessary.

Increased productivity, easier troubleshooting of problems, and reduced risk of theft, to name a few.

Where companies go wrong is doing nothing.

Start by crafting a strategic view, begin by reimaging your business.

Let us help you answer that question.

Get an Estimate for Managed IT Service & Support